The Island Batik Ambassadors have come up with some fantastic projects this month highlighting different endangered species using Aurifil threads.  Be sure and check out their projects 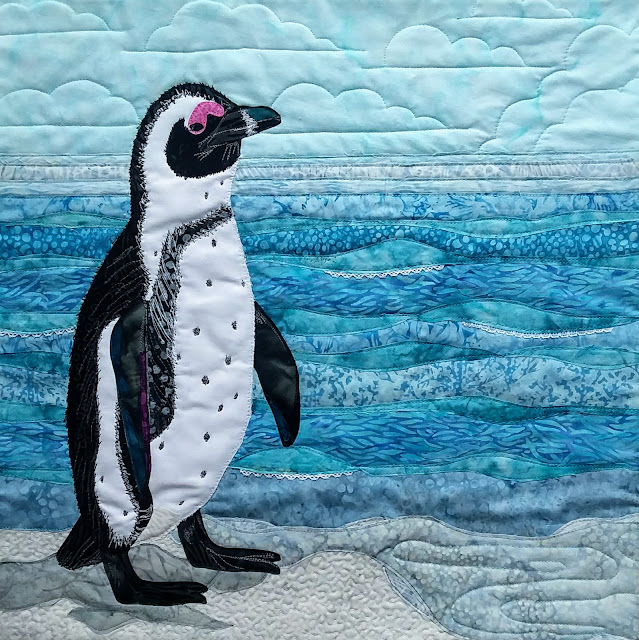 Designed and made by Connie Kauffman

This October Island Batik Ambassador's Challenge was an interesting one.  Aurifil is one of the sponsors for the Island Batik Ambassadors and this month they headed up the challenge.  Aurifil is collaborating with Earth League International and has bundled their Color Builder thread packs to coordinate with 12 different endangered species.  Each Color Builder box contains three large 40 wt spools of thread that coordinate in color with the animal it is representing. 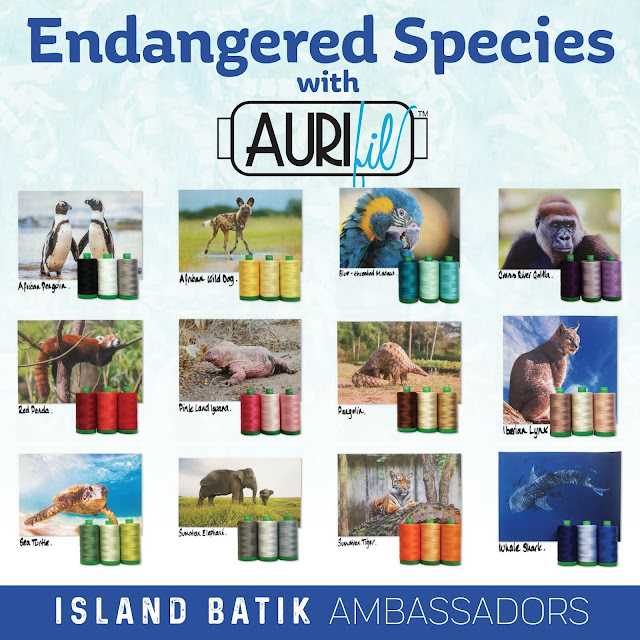 The Color Builder box I received was for the African Penguin and contained white, gray and black spools for me to work with. 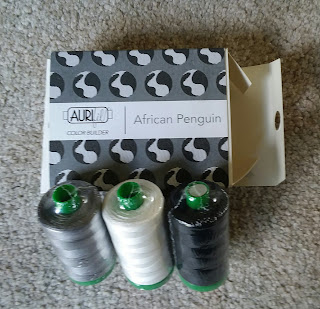 The first thing I did was look up information about the African Penguin.  Here are some of the interesting facts I found:
-African Penguins live on the Southwestern Coast of Africa
-Population now is about 50,000
-They are about 24-28" tall and weigh about 5-7 pounds and can swim 12 mph
-They spend most of their lives at sea until they come ashore to lay their eggs
-Both parents help incubate the eggs which are about 3 to 4 times bigger than hens eggs
-Average life span is 10 - 27 years in the wild, about 30 in captivity
-Zoos like to have them as they tolerate warmer temperatures and can be kept in outdoor enclosures
-Primary predators are sharks and fur seals, although many animals prey on them when nesting
-Worst thing for them are oil spills and fisheries that rob them of their food supplies (fish, squid, crustaceans)
-The pink coloring above the eye is a sweat gland that helps to cool the blood
-Sometimes called Jackass Penguin because it's call sounds like a donkey
I decided I wanted to depict a single penguin looking off into the distance to give a feeling of it being alone and what the future might hold.  I decided to make the penguin using a collage technique with fusible applique using Steam a Seam 2 onto parchment paper.  I could then remove the  penguin and place it on the background where ever I wanted.
I drew from my stash of Island Batik for some blacks, white and a variety of blues.
As an added challenge for myself, I decided to place waves on the background using glue- Elmer's glue!  Years ago I never would have tried this, but I've recently read where several people have used Elmer's glue so I thought I'd give it a try.  I used Schmetz needles and they worked great with both the fusible web and the Elmer's glue.  The glue worked great.
Here's a photo of the penguin and the start of the waves.  A lot of decisions on water color and placement.  It does get a bit messy! 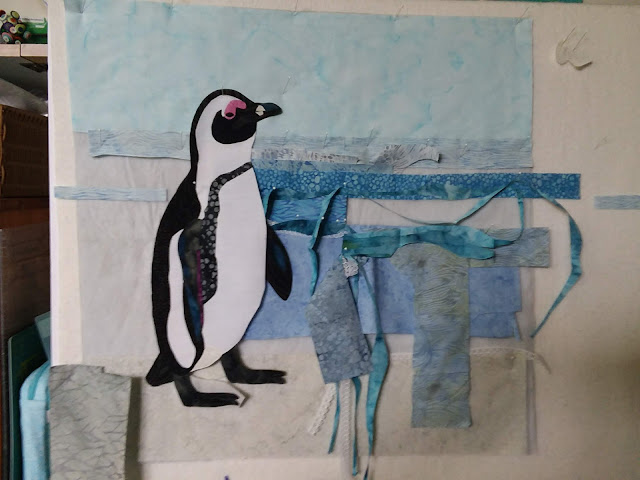 I finally got the waves as I liked them.  I even added a tiny bit of lace in a couple places to try to resemble little white caps on the waves. I layered the top with the backing and Hobbs Thermore batting.  I decided to use Thermore as it is very thin and I didn't need much loft in this project.
I had most of the quilting finished and thought it was looking pretty good and then I realized something!  The penguin's right flipper was missing! 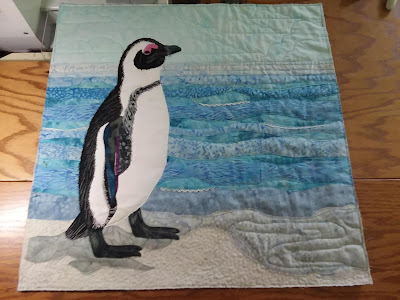 Where did it go?  I searched thru the trash.... 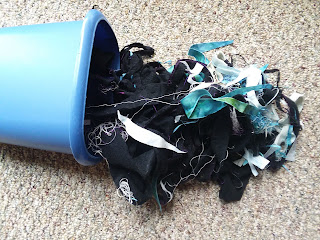 I didn't find it so I made another one.  (After everything was finished and I cleaned up the whole sewing area, I did find it on the floor near the waste basket.)
Another challenge I made myself was to use a turned facing for the edge of the quilt.   I'd never done a faced binding before, but I wanted this quilt to look like it continued on into the distance- not to stop at the binding.
This was really super easy.  I sewed the facing to the front with triangles at the corners, turned it to the back and pressed.  The triangles in the corner can be used to put the hanging rod in.  After pressing, I ironed the facing down with Steam A Seam 2 Fusible Tape.  So easy!  I will be using this technique again I'm sure. 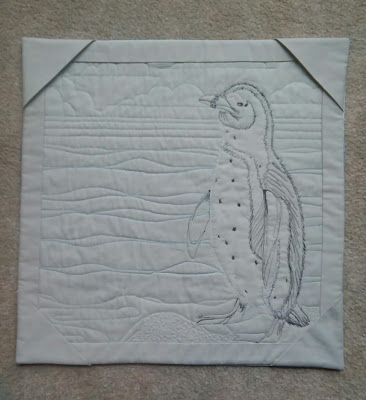 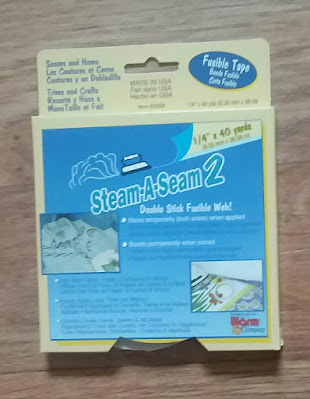 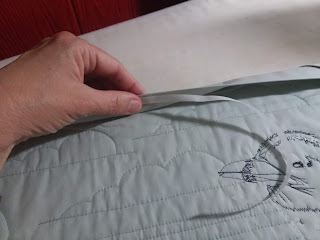 I did use the three colors of thread in my Color Builder Box, and I also used a couple spools of blue for quilting the water. 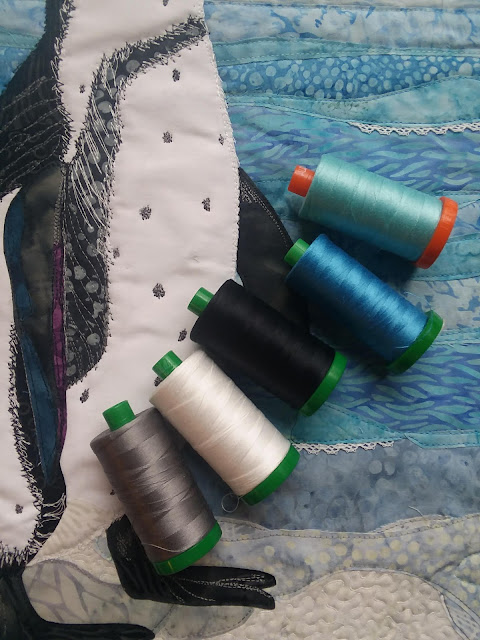 Here's a close up of some of the quilting and thread work. 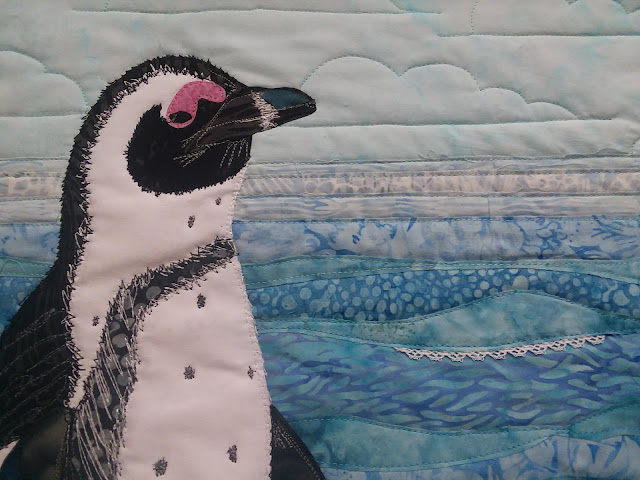 This was a great challenge and I commend Aurifil for drawing attention to many endangered species.
Thanks to Island Batik, Aurifil, Hobbs Batting, and  Schmetz Needles for supplying product thru the Island Batik Ambassador program to make this quilt

Posted by Connie Kauffman at 9:00 AM 3 comments: