I can hardly believe it is the middle of September!  Some of our trees are already turning color, so it looks like an early fall.  I do look forward to the burst of fall colors.

While I am waiting for fall colors I have been excited about the colors in this bundle of fabrics from the last Island Batik Ambassador box.  This is the Sunny Side Up Collection by Kathy Engle.  It's a great combination of yellows and blues in a lovely mix of prints. 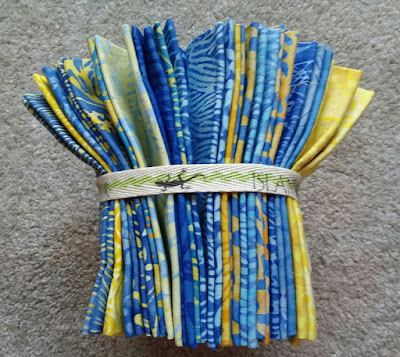 These fabrics are wonderful and I was excited to use them in something...

September is time for a new challenge for the Island Batik Ambassadors.  This month the challenge is called Child's Play! 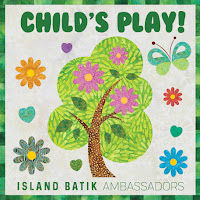 Each Ambassador was sent a new BOB die from Accuquilt Go!  A BOB is called a Block On Board because it contains all the dies needed to make a certain block- all on one die.  The BOB I was sent is an Ohio Star 12" block. and we were to use it in this months challenge. 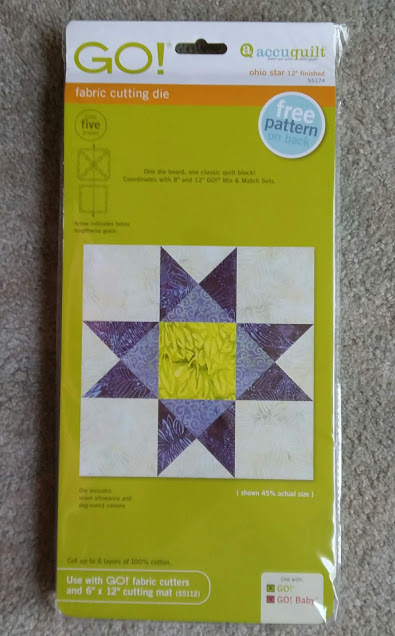 I like the Ohio Star block- but have to admit I was a bit dismayed that it made a 12" block.  If you know me at all, you know I tend to make smaller blocks and projects...What to do?

The challenge was to make a child's quilt using this die.  To me that could be about anything that is bright and cheerful and the Sunny Side Up fabrics fit that qualification.  So I played around with design ideas and color placements.  I decided to include the solid white from Island Batik in the design and the solid gray for the back as I had enough yardage for that.  These three solids were included in our last Island Batik box. 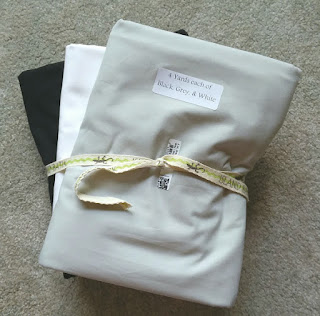 Here is a poor photo (sorry) of an early layout of the quilt as I was deciding color placements for the stars.  I decided to overlap some of the stars to "hopefully" make the design a bit smaller... 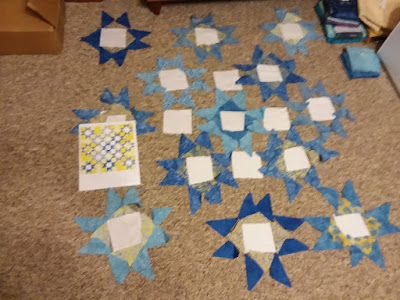 Progress.  I was still trying to decide whether to use some white or yellow color placements in the center.  I like the mix of yellows in the background.  I ended up using all but a couple fabrics from the collection. 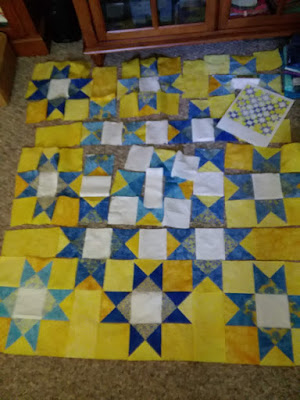 I liked the design and it was already pretty big, but I really wanted to add a pieced piano key border.  This quilt just kept getting bigger and bigger!  It ended up being 61 1/2" x 61 1/2" which is actually large enough for an adult lap quilt. 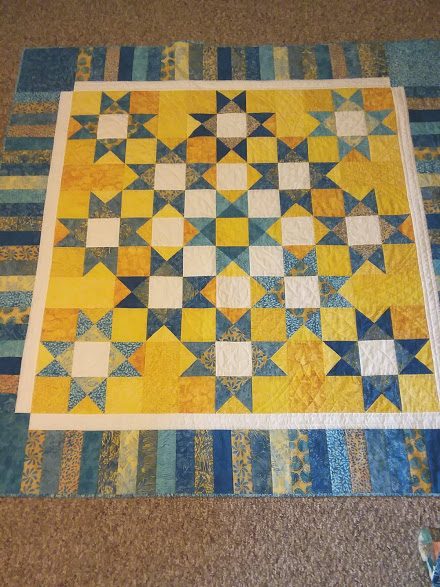 Now for a final photo.  I decided to try for a photo in my backyard.  The problem is we have good breezes thru the yard, so it was a challenge.  I did have to run and catch it a couple times before it all fell over... 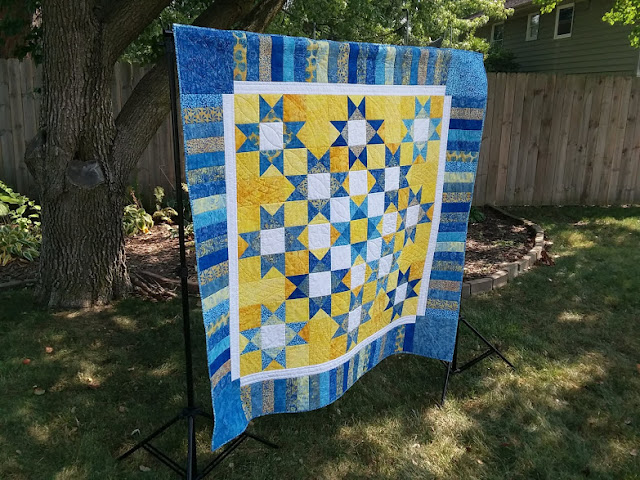 Here is a close up of the quilting.  I kept it pretty simple. 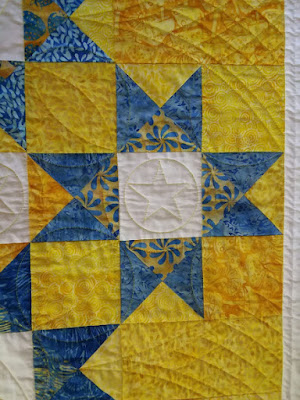 I used a solid yellow thread for quilting except for white thread in the inner border.  I used a Sulky Blendable thread for the back so a little color would show up on the solid gray fabric.  I do prefer to use a printed fabric for the backing for more color and it shows the quilting less.

All in all- it's a nice cheerful quilt. 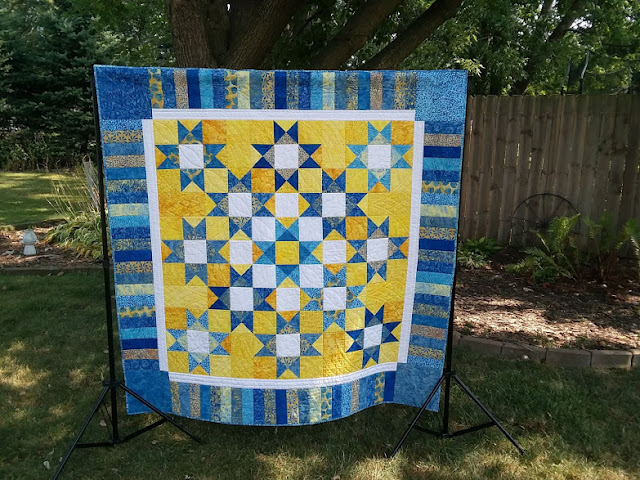 Thanks to Island Batik and Accuquilt Go! and Hobbs Batting  for supplying materials for this project thru the Ambassador Program.

My winner for the Beat the Heat blog hop Island Batik fabric is Darlene B.
Congratulations!
The fabric is on it's way!
Posted by Connie Kauffman at 12:53 PM No comments: